World Boss is a daily game mode that starts every day at 20:00h, and where players compete to output the biggest damage possible while killing a Boss.

During the week, from Monday to Friday the current boss is Earth Devil. During the weekend, Saturday and Sunday, the boss changes to Pheromosa.

When playing this game mode you can get World Boss Coins that can be spent on the World Boss Store, and also Shards of the current boss that you're playing against. 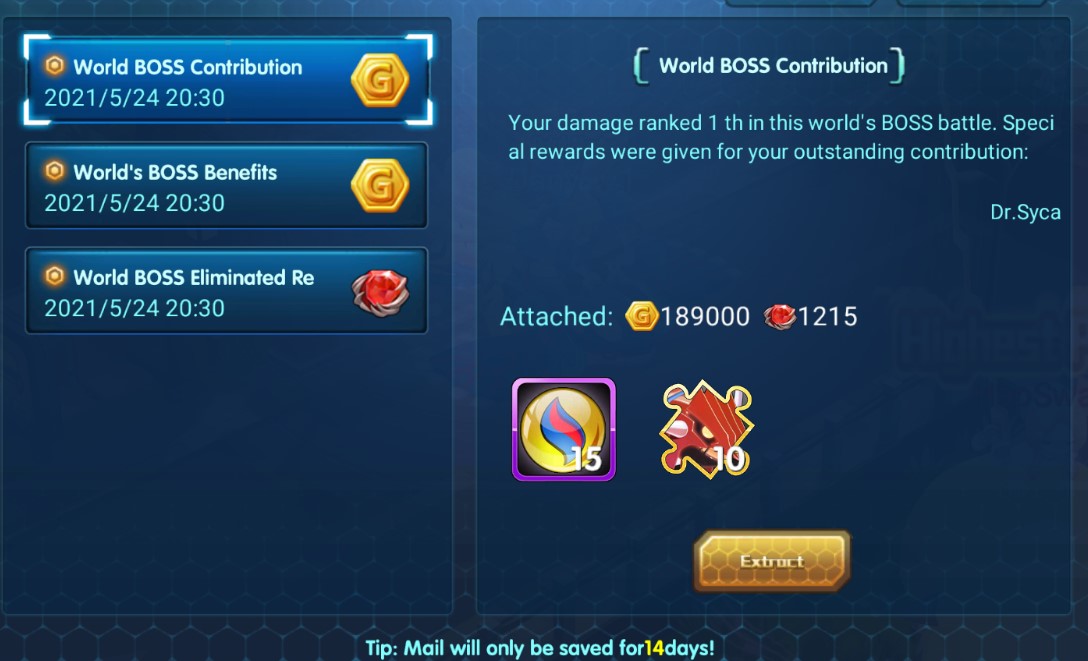 Shard Rewards are given according to the Damage Rank that you have achieved. There's also a slim chance of getting a Shard as a reward of one of your attacks to the World Boss.

You can also get an Extra Reward if you're the one dealing the killing blow on the Boss. 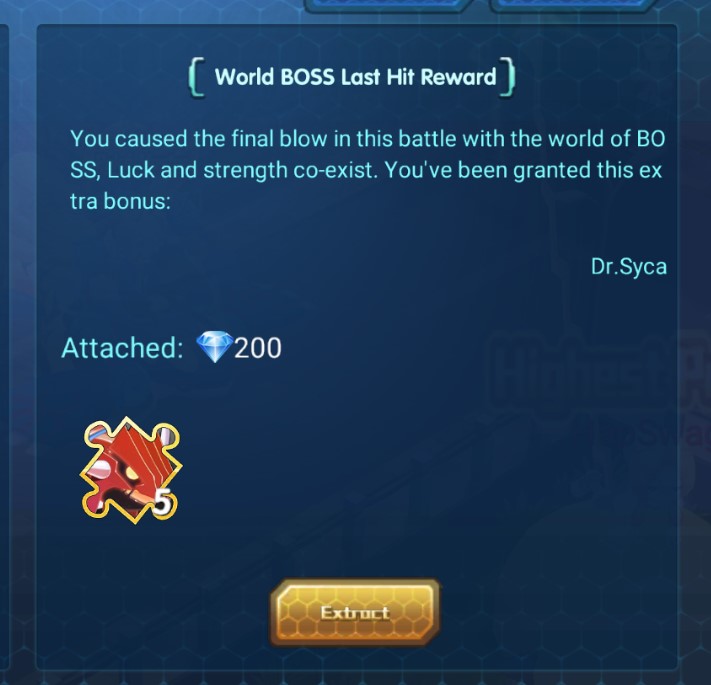