Monster Riot is a daily game mode that starts every day at 21:00h. This is one of the main sources of Diamonds for the players.

In this game mode you are challenged to defeat multiple Boss Pokémon that show up in waves from 1 to 100. Each wave becomes harder to kill, but every 10 waves the amount of diamonds that you get from each kill increases.

Besides Diamonds, killing those bosses also provide the following Shards: 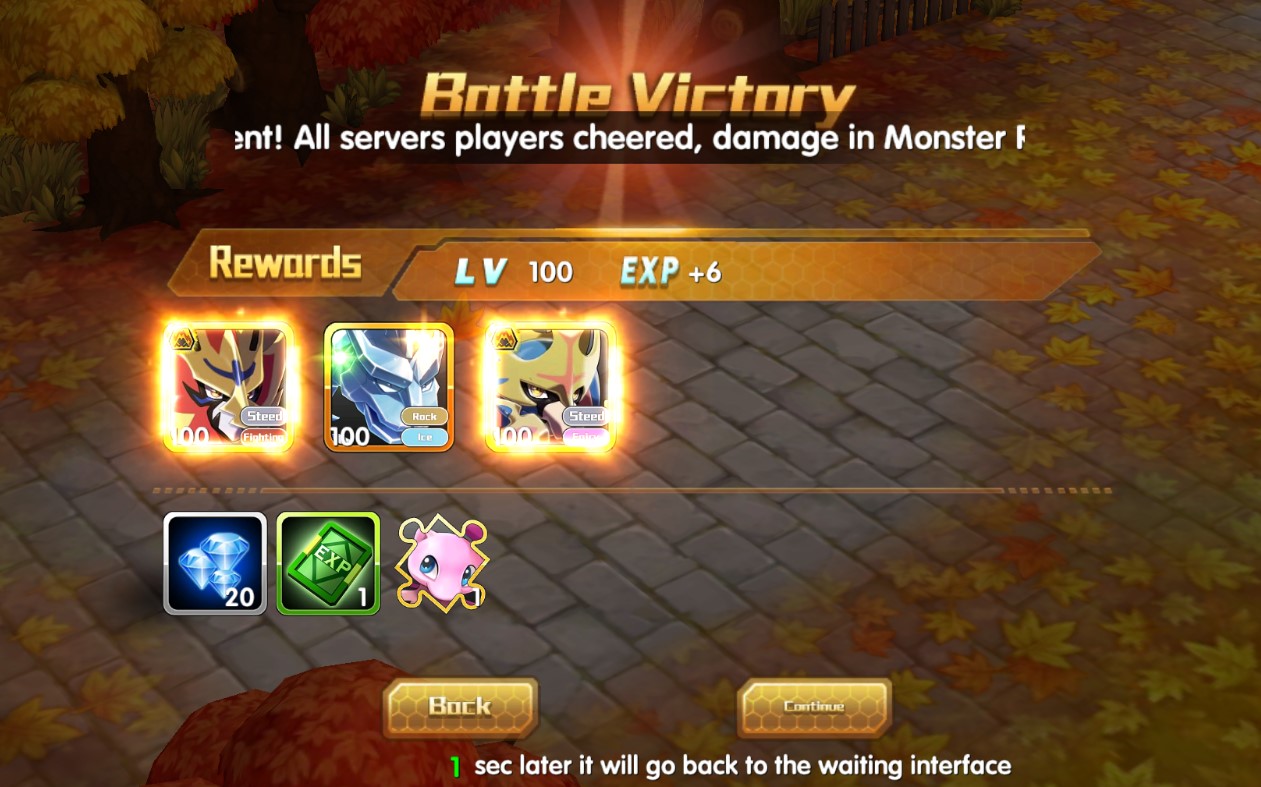 On top of that, you can also get Darkrai Shards according to your final ranking in the Monster Riot. The ranking is based on the total damage that you output to all the bosses, and not according to the bosses that you kill. So if you want a higher ranking, consider killing the bosses with the highest HP.

Monster Riot lasts for 30 minutes or until all the bosses are killed up to wave 100.

If you want to know how to kill the bosses easier, there's a trick with Overlord Latios and Overlord Latias that makes killing those bosses much easier: